Transparency is sound designer Daniel Stawczyk’s fourth title in our Sound Pack Series and his third for Ultra Analog VA. The 149 rich presets explore the percussive nature of our analog synthesizer. Kick, Snare, Hi-hat, and Percussion loops are bundled along with some finely crafted Ambient, Synth, and Effect sounds. Typical of Daniel’s mysterious and exotic aesthetics, Transparency will yield pulse, motion, and relief to your tracks.

The 149 presets of Transparency 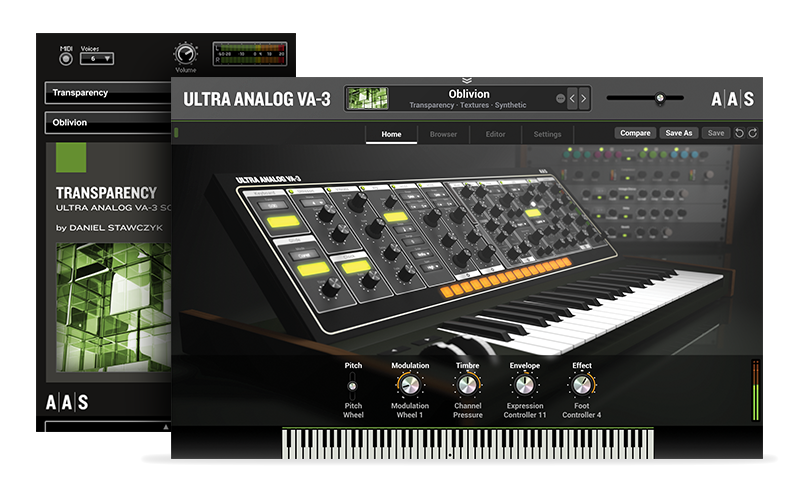