Starlight lands with sounds collected at the confine of the galaxy. Indeed, the 149 presets scattered across ambient, arpeggiator, arpeggiator bass, chime, effect, keys, lead, rhythm, and synthesizer categories breach into the outer space for an impregnable intergalactic landscape. Whether you want to teleport your music into another dimension or simply leave for an orbital spaceflight, Starlight is your ideal shuttle.

The 149 presets of Starlight

Starlight was created with the Ultra Analog VA-3 analog synthesizer. You can obviously play and edit the sounds in Ultra Analog VA-3, but you can also access and play them via the free AAS Player included with your Starlight purchase. 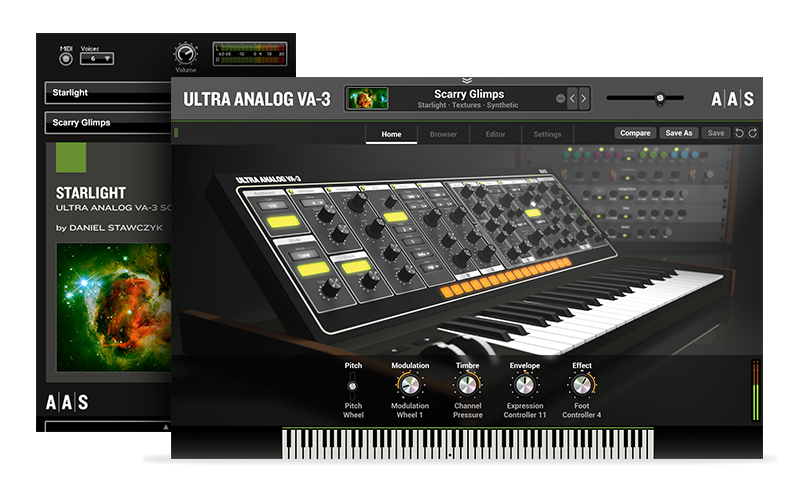