After delivering Starlight and Cinémathèque, sound designer Daniel Stawczyk returns with Frontier, a reserve of dazzling sounds coming straight out of deep-space exploration. Indeed, the 130 presets split up in arpeggiator, gated, lead, keys, plucked, effects, and synths categories present a survey of what’s found around the farthest celestial bodies. Whether you want to set a futuristic mood or compose a parallel universe story, Frontier will yield the extraterrestrial enigma you need.

The 130 presets of Frontier

Frontier was created with the String Studio VS-3 string oscillator synthesizer. You can obviously play and edit the sounds in String Studio VS-3, but you can also access and play them via the free AAS Player included with your Frontier purchase. 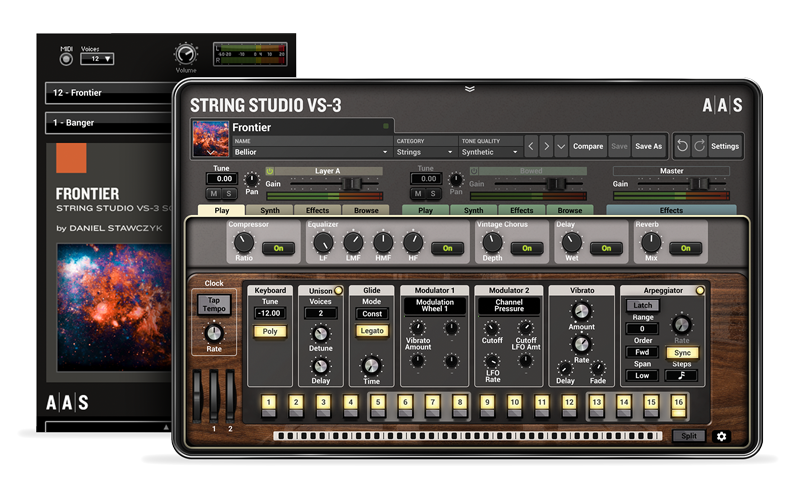