Cinémathèque is a collection of cinematic pads and textures. Screened into Cluster, Rhythm, SFX, Synthesizer, and Texture categories, the 142 presets will support the color, exposure, motion, depth of field, and density of any scenes whether it's for horror, romance, suspense, or drama.

The 142 presets of Cinémathèque 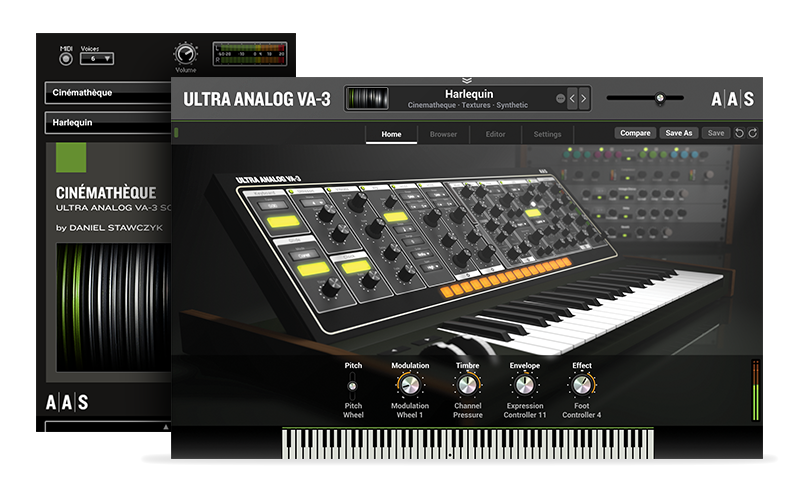