Applied Acoustics Systems was founded in 1998 and is based in Montreal, Canada. It is a privately-held company, specializing in innovative audio products for Mac and PC computers.

AAS is also the creator of the Analog Essentials sound pack—check it out.

The 128 presets of Ultra FX

Ultra FX was created with the Ultra Analog VA-3 analog synthesizer. You can obviously play and edit the sounds in Ultra Analog VA-3, but you can also access and play them via the free AAS Player included with your Ultra FX purchase. 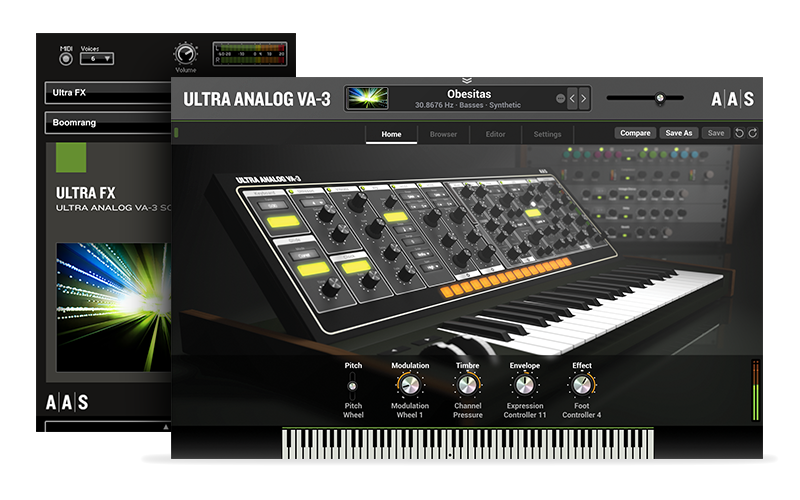