Sound designer Yves Frulla presents his third Strum GS sound pack conveniently titled Take 3—featuring 12 styles, 73 guitar presets, and 84 strumming patterns playable with your own chord progressions. This new collection features those hard to find odd time signature grooves you have been looking for—3/4, 6/8, 9/8, and 12/8 aimed at rock, blues, pop, country, and reggae. Unlike your grandmaʼs favorite waltz, Take 3 feels fresh and versatile. When a project calls for unconventional triplet feel or triple meter time signature, Take 3 should prove itself as an ideal complement. Dig deep and give a fun dimension to your music with this original sound pack.

Take 3 was created with the Strum GS-2 acoustic and electric guitars. You can obviously play and edit the sounds in Strum GS-2, but you can also access and play them via the free AAS Player included with your Take 3 purchase. 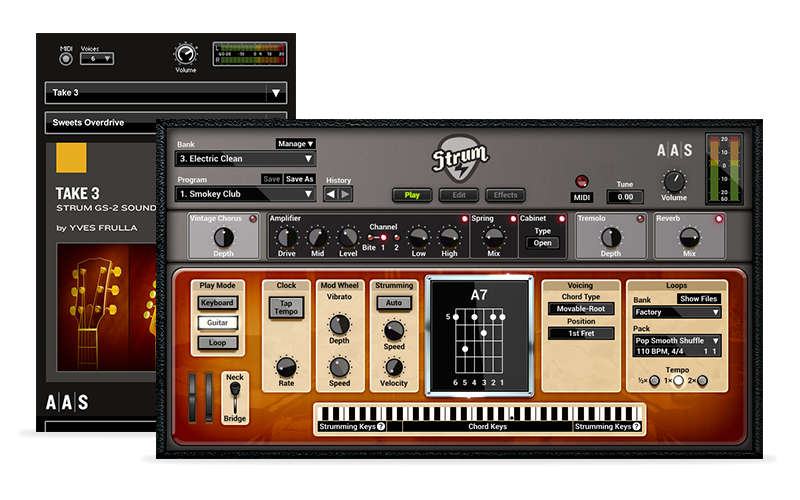