Synbiosis is sound designer Daniel Stawczyk’s fifth volume in our Sound Pack Series and his first for Chromaphone. This 130-preset collection presents arpeggiators, basses, bells, keys, synths, and effects that truly exemplify what can be achieved when a sound designer works organically with a synthesizer. Wherever your destination, Synbiosis puts forward the perfect vehicle to explore the fundamental nature of Chromaphone.

Synbiosis was created with the Chromaphone 3 acoustic object synthesizer. You can obviously play and edit the sounds in Chromaphone 3, but you can also access and play them via the free AAS Player included with your Synbiosis purchase. 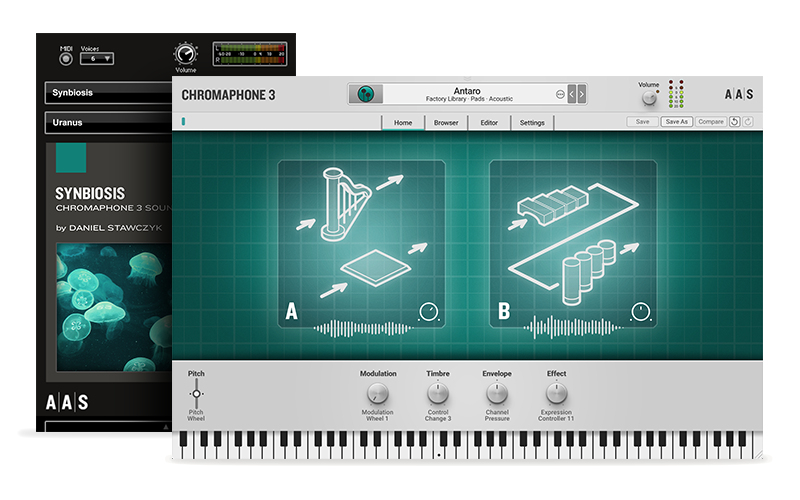