Inspired by his work in a wide array of genres over the last 12 years, Deadbeat's Sounds from BLKRTZ is a collection of 100 presets for Ultra Analog VA which truly push the instruments to its earth shaking low and shimmering high extremes. It will come as no surprise to those familiar with his unmistakable dubwise style that subs and bass play a central role here, but you'll also find an inspiring array of evolving chords and stabs, ambient clouds, and slowly evolving sequences.

For those looking for inspiration in the realm of dubstep, ambient, or the deepest and dubbest of house and techno, Sounds from BLKRTZ is certain to provide hours of creative exploration for your productions.

Deadbeat is one Scott Monteith, a Canadian musician living in Berlin who has been releasing his own special blend dub-influenced electronic music since 1999, for labels such as Scape, Wagon Repair, and his own newly founded BLKRTZ imprint from which this collection takes its name. His work has been met with consistent critical acclaim from the industry's leading publications and websites and drawn regular performance invitations from the world's most respected clubs and festivals. Whether charting new courses in impossibly heavy dub reggae, snap-clap digital dancehall, or thundering late night house and techno, his unique blend of advanced sound design and hypnotic grooves have earned him legions of fans the world over.

The 100 presets of Sounds from BLKRTZ 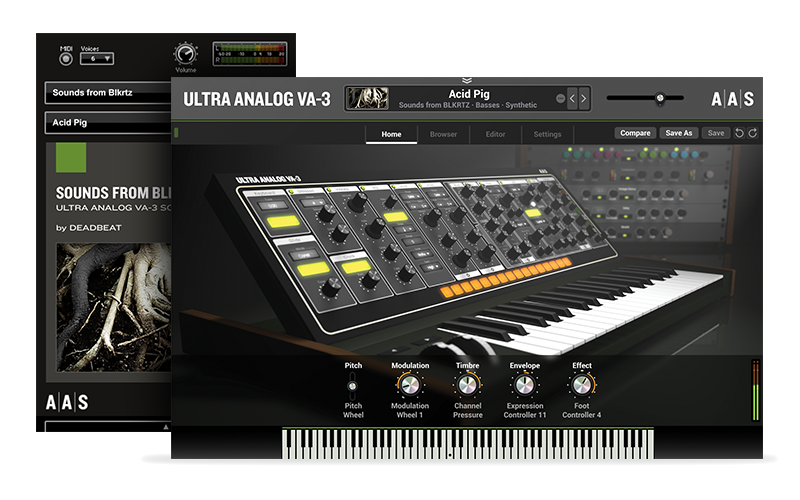