Reverence is an ode to modern and vintage analog synths. Sean's goal was to create sounds with the warmth, imperfections, and character associated with these instruments. His combined background and expertise as a composer, producer, and mix engineer results in a preset collection that is both truly inspired and tailored for production. The 115 sounds are divided into seven categories: Arpeggiator, Bass, Keys, Leads, Pads, Plucked, and Sfx.

Sean Divine is a multifaceted artist based in North Carolina known for his work as a producer, mix engineer, and educator in the audio community. From his college years, Sean gained an international following, releasing his instrumental catalog online. He has gone on to produce and engineer for chart-topping recording artists, with major placements in film, radio, and television. You can find many of his signature sounds included in the AAS factory libraries.

Sean Divine is also the creator of the Low End Theory sound pack—check it out.


Read our interview with Sean Divine.


Check out Sean's website seandivine.net to learn more about him.

The 115 presets of Reverence

Reverence was created with the Ultra Analog VA-3 analog synthesizer. You can obviously play and edit the sounds in Ultra Analog VA-3, but you can also access and play them via the free AAS Player included with your Reverence purchase. 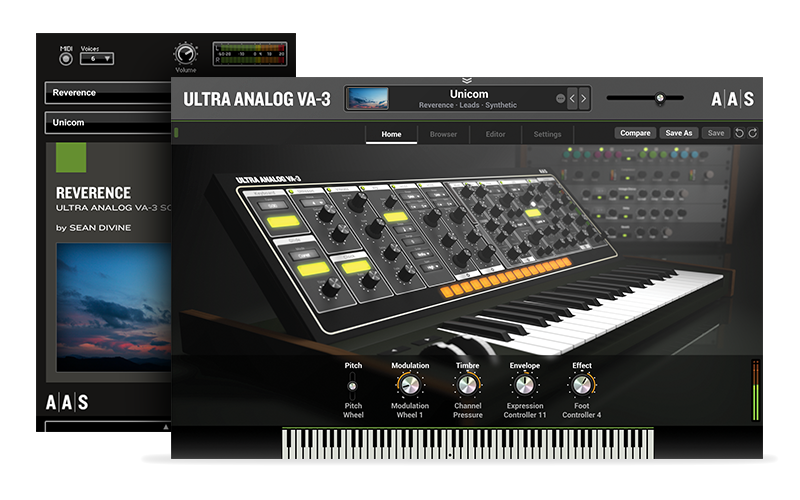