Ultra Analog sure can play the bad guy. Raw is a collection of 100 sounds that showcase this lesser-known side of its personality. From subtle warmth to screaming distortion, Raw relies on the natural overdrive of Ultra Analog's filters and its built-in effects to propose a surprisingly varied set of unpolished, gritty, and dirty sounds. Have fun and let yourself go to eleven!

Raw was created with the Ultra Analog VA-3 analog synthesizer. You can obviously play and edit the sounds in Ultra Analog VA-3, but you can also access and play them via the free AAS Player included with your Raw purchase. 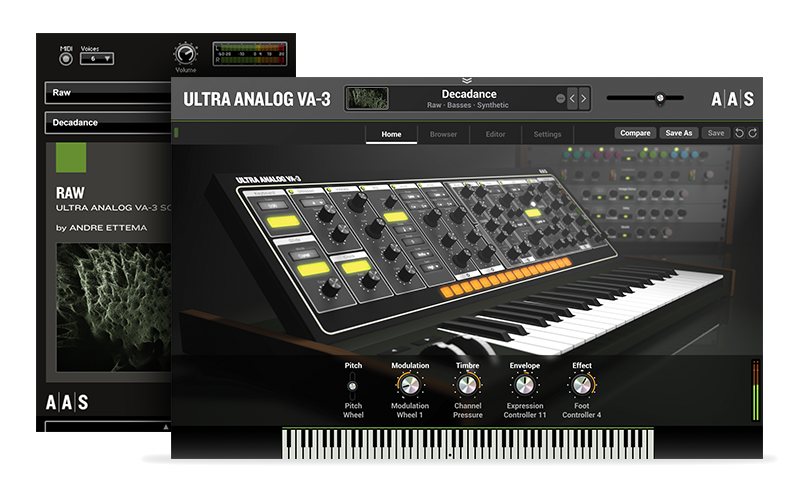