This preset collection can be used with the free AAS Player plug-in as well as the Multiphonics CV-1 modular synthesizer.

Resident sound designer Christian Laffitte unleashes Modular City—the first Multiphonics sound pack ever. This collection covers a wide gamut of styles such as Trap, House, Ambient, Dubstep, Techno, and even Rock! Giving a bold and exuberant spin to Multiphonics in a big way with frantic high-gain distorted sounds, fun plucks, hypnotic arps, intriguing flutes, and lots of detailed textures—riding the line between acoustic and synthetic tonalities. Enhance your recordings with powerful macros carefully routed to add character and dynamism to your performance. Modular City can inject charisma and vigor to your productions with its fresh take on modular synthesizers.

This sound pack features 28 unique patches along with multiple variations for a total of 121 sounds.

Only compatible with Multiphonics CV-1 and the free AAS Player.

All the sounds you hear in the audio demos were made with this sound pack.

The 121 presets of Modular City 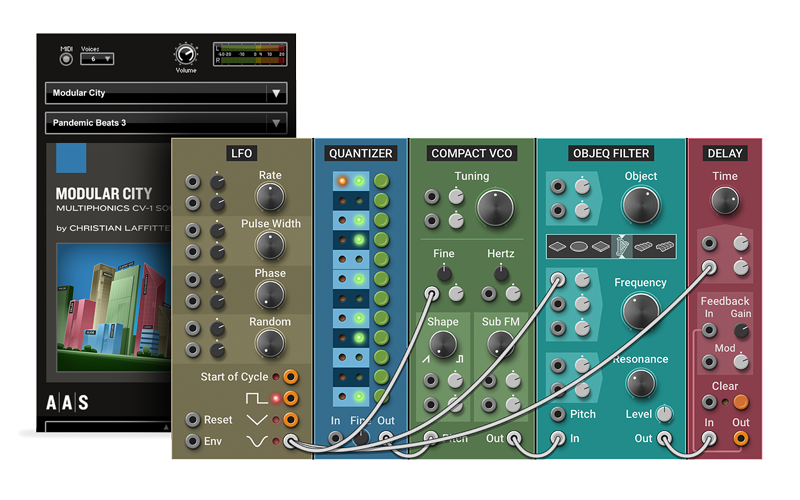 Multiphonics CV-1 and AAS Player are compatible with nearly all DAWs.