Following up on the highly flavourful Masala, resident sound designer Christian Laffitte cooks up a second collection of 100 spicy, unique, and delicious new sounds exploring the full capabilities of String Studio VS. At its core, Masala 2 imparts the feel of playing genuine musical instruments with tremendous organic authenticity. With sonic flavors from traditional instruments but also obscure and experimental sounds, the enigmatic Masala 2 will heat up any musical project. Excite your palate with hot, tangy, and uncommon sounds from around the globe and beyond to fulfill your craving for originality.

Only compatible with String Studio VS-3 and the free AAS Player.

Masala 2 was created with the String Studio VS-3 string oscillator synthesizer. You can obviously play and edit the sounds in String Studio VS-3, but you can also access and play them via the free AAS Player included with your Masala 2 purchase. 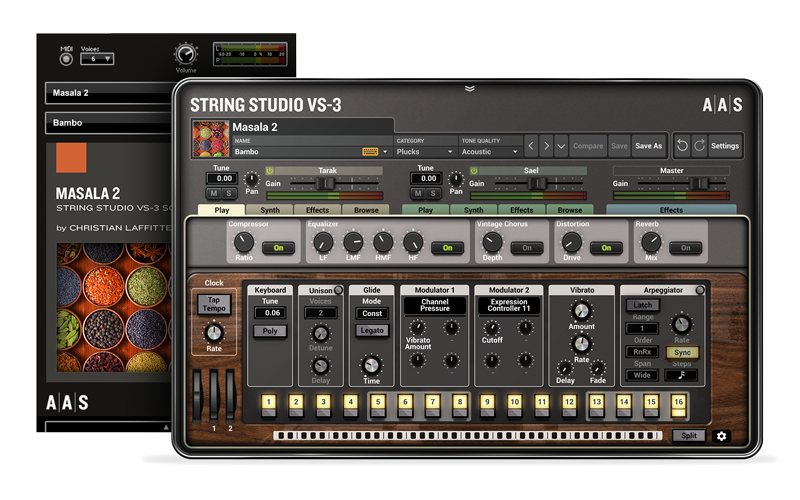