Created by seasoned Canadian musician Yves Frulla—best known as Celine Dion's keyboardist—Good Folks presents a preset collection that exhibits a playful side to Strum GS. Good Folks explores the world of contemporary folk music while remembering its original roots. This sound pack features many styles of folk music inspired by some of the most renowned artists in the genre. With its 12 folk styles, 95 guitar presets, and 84 strumming patterns playable with your own chord progressions, let Good Folks become your go-to source for all your modern and classic folk music needs.

Good Folks was created with the Strum GS-2 acoustic and electric guitars. You can obviously play and edit the sounds in Strum GS-2, but you can also access and play them via the free AAS Player included with your Good Folks purchase. 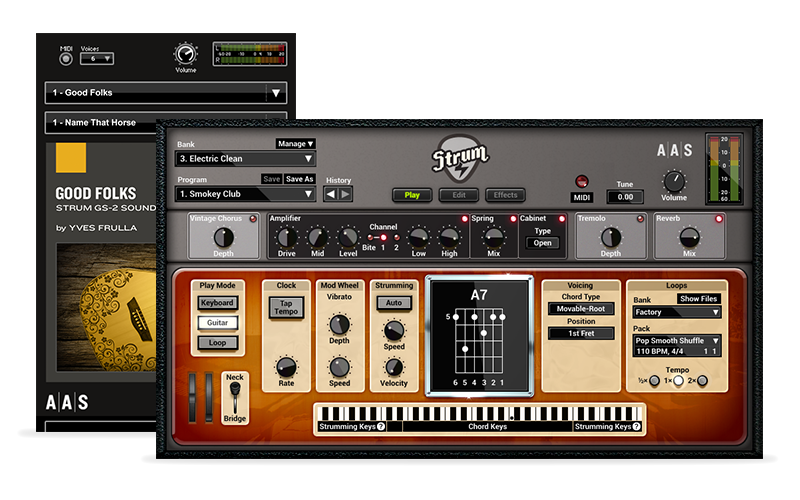