Daniel Stawczyk dropped Digital Sins and everything stopped. We found ourselves enthralled in an altered universe where Chromaphone acted as a classic digital synthesizer. The 144 presets definitely gave us a retro-futuristic vibe. We discovered focused, bright, metallic, and percussive sounds that we considered truly distinctive. It felt a bit unusual considering the intrinsic acoustic grain of Chromaphone. And we didn’t suspect we could indulge so much of the digital aesthetics with it. The excursion was a real treat.

The 144 presets of Digital Sins

Digital Sins was created with the Chromaphone 3 acoustic object synthesizer. You can obviously play and edit the sounds in Chromaphone 3, but you can also access and play them via the free AAS Player included with your Digital Sins purchase. 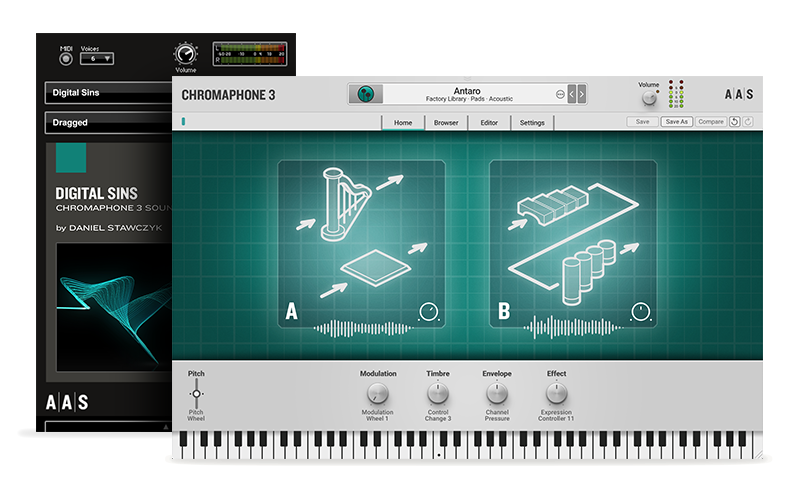