Seasoned Canadian musician Yves Frulla returns with Blue Rhythms paying tribute to the soulful sounds of the ’70s and capturing the grooves defined by legendary artists of that musical era with 12 playing styles, 87 guitar presets, and 84 strumming patterns playable with your own chord progressions. From Motown to Muscle Shoals, Blue Rhythms brings that expressive guitar vibe you need to instill groove and swagger to your next production.

Blue Rhythms was created with the Strum GS-2 acoustic and electric guitars. You can obviously play and edit the sounds in Strum GS-2, but you can also access and play them via the free AAS Player included with your Blue Rhythms purchase. 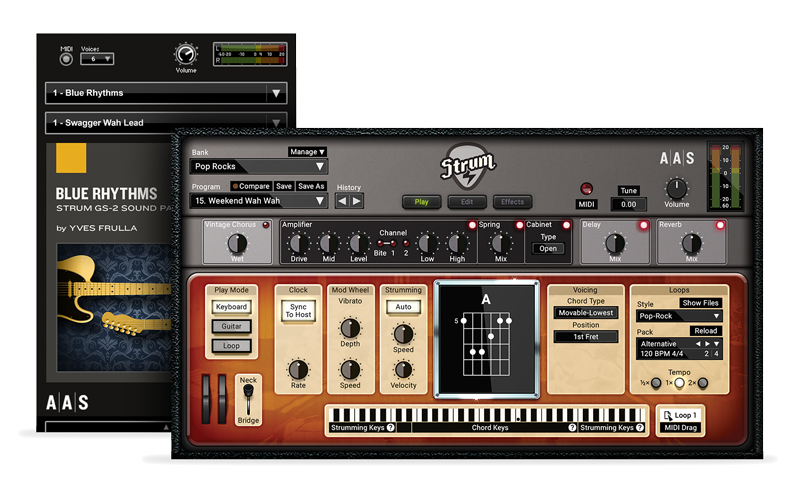