Highly inspired by the work of Vangelis and Jean-Michel Jarre, Angelicals is a retro-futuristic flashback in progressive and experimental electronic music. The 101 presets, divided into Arpeggios, Bass, Effects, Leads, Loops, Pads, and Synth categories, provide everything you need to dive right into the dramatic tension and enigmatic realms of sci-fi and thriller sounds.

Angelicals was created with the Ultra Analog VA-3 analog synthesizer. You can obviously play and edit the sounds in Ultra Analog VA-3, but you can also access and play them via the free AAS Player included with your Angelicals purchase. 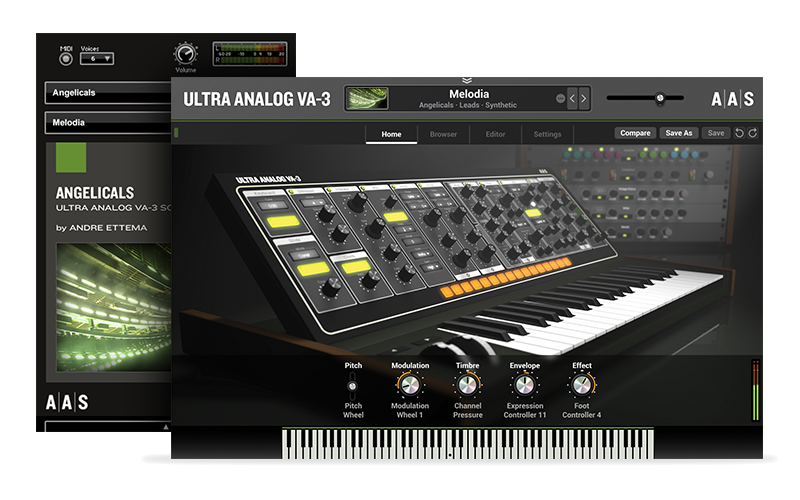