For his first sound pack with AAS, Cipryan Bot took up the formidable challenge of recreating the instruments of the classical orchestra with our analog synthesizer. The result is Analog Orchestra, a fascinating collection of expressive and surprisingly natural-sounding timbres spanning the different families of instruments, including strings, woodwinds, brasses, percussions, pianos and more. You will have a great deal of fun playing with Analog Orchestra, a real sound design feat, showcasing Ultra Analog in a totally new light. Ultra Analog users will appreciate the rich shaping possibilities offered by the Macro controls and be hooked, as we did, on deconstructing the presets to find out the design tricks behind these incredible sounds.

Only compatible with Ultra Analog VA-3 and the free AAS Player.

Cipryan Bot is a Romanian music producer who collaborated with labels such as Armada Music, Magic Island, and Solaris Recordings for original tracks and remixes. His main background is electronic and telecommunications engineering but his attraction for music and designing real-like and electronic sounds transformed his hobby into a passion.

All the sounds you hear in the audio demos are from this sound pack.

The 128 presets of Analog Orchestra 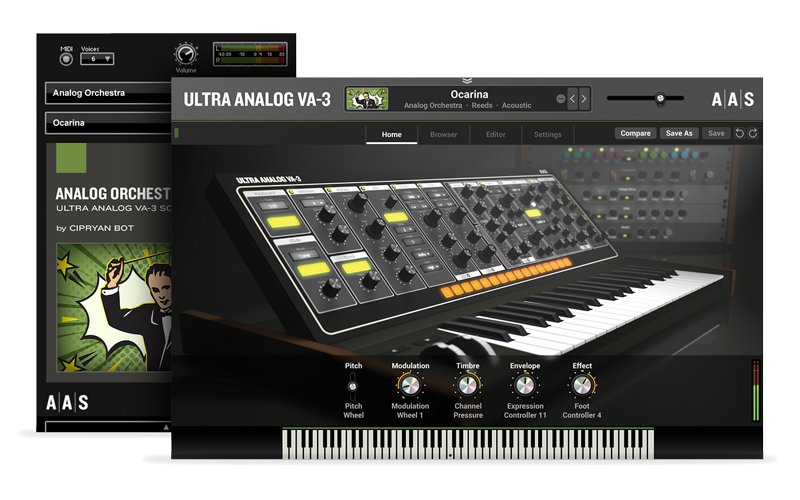