With this Strum GS sound pack—All That Jazz—sound designer Yves Frulla pays tribute to some of the jazz guitar greats. All that Jazz packs 12 styles, 84 guitar presets, and 84 strumming patterns playable with your own chord progressions. By combining Strum GS's Guitar, Keyboard, and Loop modes along with preset variations, your jazzy guitar parts are covered. The All That Jazz sound pack showcases jazz' foundations with its up-tempo funky strumming patterns. Give it a try on your next hip jazz combo charts or your complex swinging big band arrangements.

All the sounds you hear in the audio demos are all from this sound pack except the drums.

All That Jazz was created with the Strum GS-2 acoustic and electric guitars. You can obviously play and edit the sounds in Strum GS-2, but you can also access and play them via the free AAS Player included with your All That Jazz purchase. 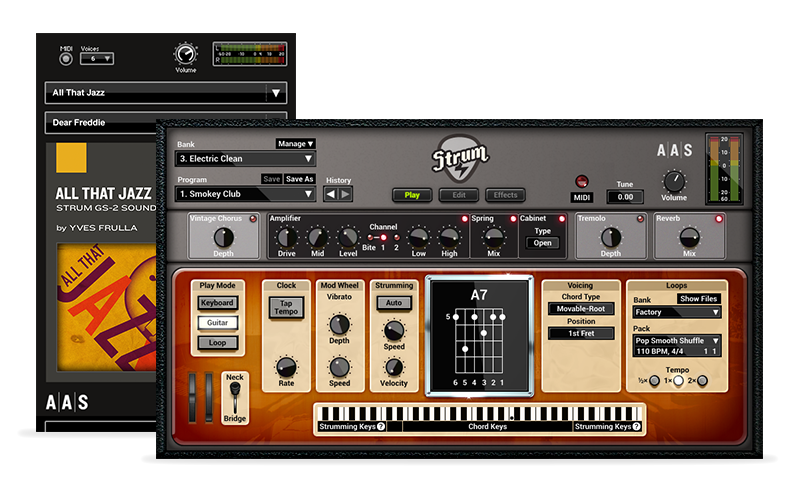