Resident sound designer Christian Laffitte infuses high energy into Strum GS with his new sound pack, Power Chords—featuring 13 styles, 92 guitar presets, and 93 strumming patterns playable with your own chord progressions. From Classic Rock to Metal to Industrial, Power Chords fits a variety of production flavors supercharged with attitude. Ranging from sparkly clean sounds all the way up to high-gain territory, Power Chords gives you plenty of chugging action to rock out on your next endeavor.

Power Chords was created with the Strum GS-2 acoustic and electric guitars. You can obviously play and edit the sounds in Strum GS-2, but you can also access and play them via the free AAS Player included with your Power Chords purchase. 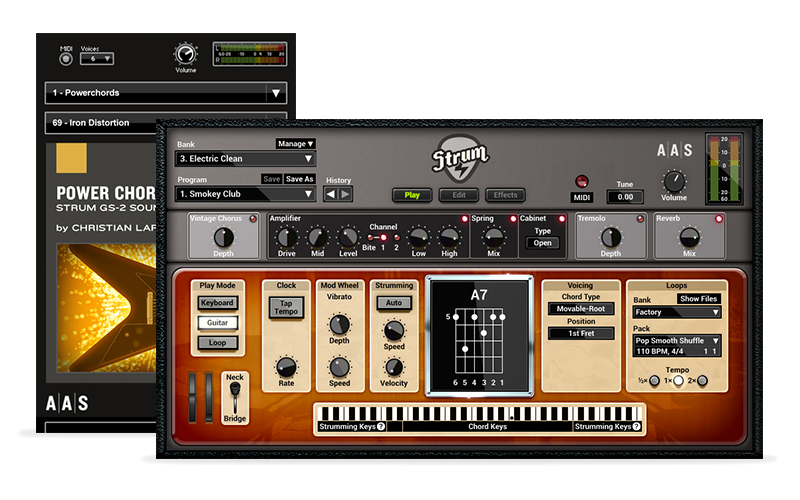