Microsound Textures is all about precision, details, subtlety, and complexity. Richard Devine’s idea was to use grain particles and tiny pulses to create rich and dense textures. In addition, the collection includes a wide variety of surprising and mysterious instruments ranging from light and delicate to dark and atonal. The 128 sounds are divided into five categories: Percussion, Sound Effects, Keys and Synths, Pads and Strings, and Textures and Ambience.

Richard Devine is a versatile and prolific artist and sound designer based in Atlanta, Georgia. He has released five different albums and performed his music worldwide. He has provided sounds to major companies such as Apple, Audi, BMW, Coke, Nestlé, Nike, and many more. He has also done some scoring for TV and movies, and sound design for video games. Richard also has done synthesis programming for major audio companies and recently released his own sound effect libraries with Sony Creative Software.

The 128 presets of Microsound Textures 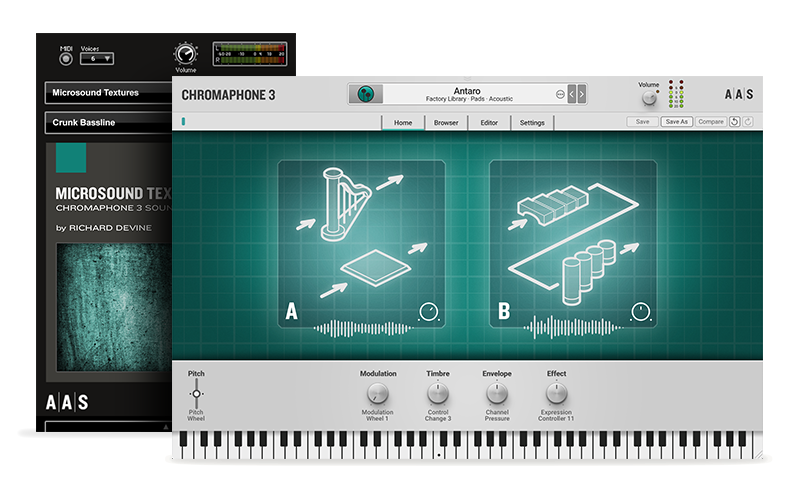