Resident sound designer Christian Laffitte's Latin Vibes is the second of a new and growing line of sound packs for Strum GS. Latin Vibes explores the world of traditional and modern Latin music with groove and sensuality. This sound pack features many styles such as Bossa Nova, Reggaeton, Brazilian, Kompa, Flamenco, Bachata, and more. With its 12 styles, 81 guitar presets, and 84 strumming patterns playable with your own chord progressions, Latin Vibes will become a go-to source for your Latin guitar needs.

Latin Vibes was created with the Strum GS-2 acoustic and electric guitars. You can obviously play and edit the sounds in Strum GS-2, but you can also access and play them via the free AAS Player included with your Latin Vibes purchase. 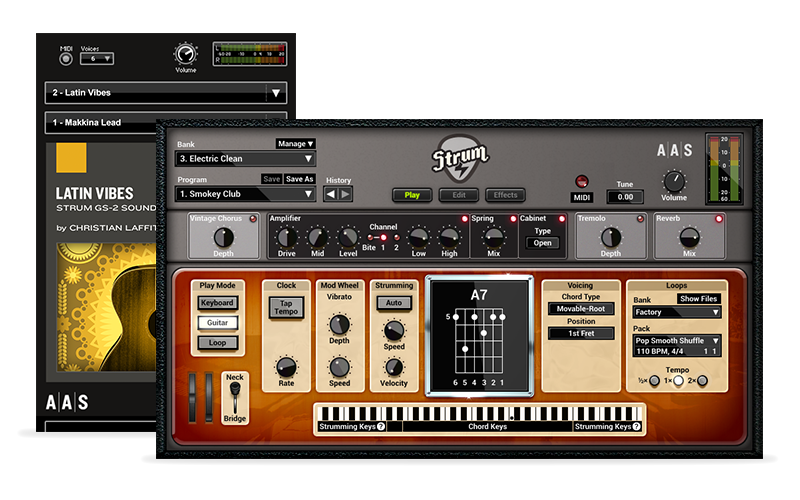