By the time he became a professional musician and sound designer in the 1980s, Martin Walker had already been an electronic engineer in radar and hi-fi, a training manager for Atari, and a software author with a handful of well-received computer games to his credit.

His next seven years were spent on game soundtrack and sound effect commissions, completing over 100 projects across nine computer game formats. By the mid-1990s he had also started contributing heavily to music technology magazines such as Sound On Sound and AudioTechnology, writing columns, reviews, and features.

KitNetix was created with the Chromaphone 3 acoustic object synthesizer. You can obviously play and edit the sounds in Chromaphone 3, but you can also access and play them via the free AAS Player included with your KitNetix purchase. 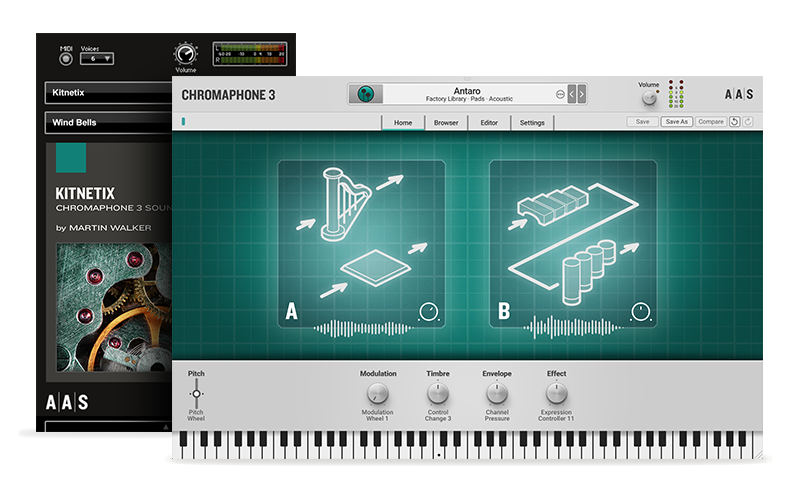