Richard Devine is a versatile and prolific artist and sound designer based in Atlanta, Georgia. He has released five different albums and performed his music worldwide. He has provided sounds to major companies such as Apple, Audi, BMW, Coke, Nestlé, Nike, and many more. He has also done some scoring for TV and movies, and sound design for video games. Richard also has done synthesis programming for major audio companies and recently released his own sound effect libraries with Sony Creative Software.

The 111 presets of Epicycles

Epicycles was created with the Chromaphone 3 acoustic object synthesizer. You can obviously play and edit the sounds in Chromaphone 3, but you can also access and play them via the free AAS Player included with your Epicycles purchase. 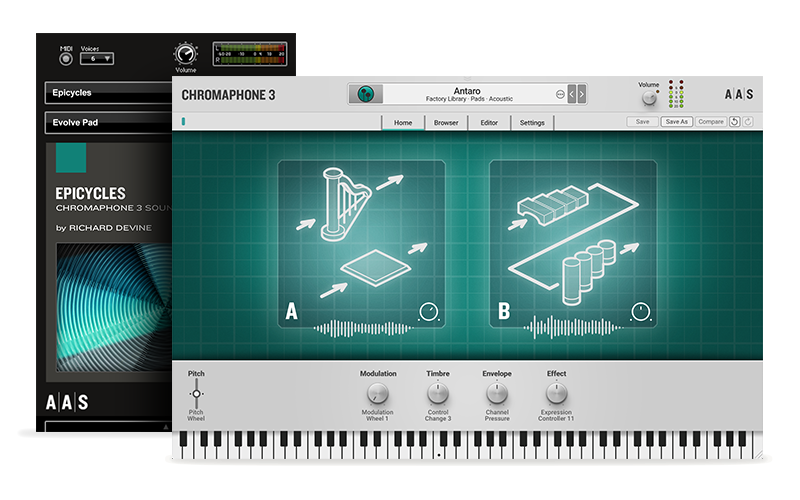