Cardinals is sound designer and composer Simon Stockhausen's presentation of dualism in all sort of realms. You'll find dark and light, tonal and atonal, serenity and anxiety, and eastern and western scattered across the Achromatic and Chromatic Percussion, Danger Zone, Keys, Synths, Strings, Pads, Textures, and Scapes categories. The 109 presets encapsulate their own enclosed universe for many hours of exploration.

Simon Stockhausen got in touch with music at the age of five and never looked back. With his father's impressive musical works as patrimony, he explored a remarkable chunk of the entire music gamut. The last four decades saw many collaborations and projects that he carried out wearing the hats of performer, composer, arranger, and sound designer.

The 109 presets of Cardinals

Cardinals was created with the Chromaphone 3 acoustic object synthesizer. You can obviously play and edit the sounds in Chromaphone 3, but you can also access and play them via the free AAS Player included with your Cardinals purchase. 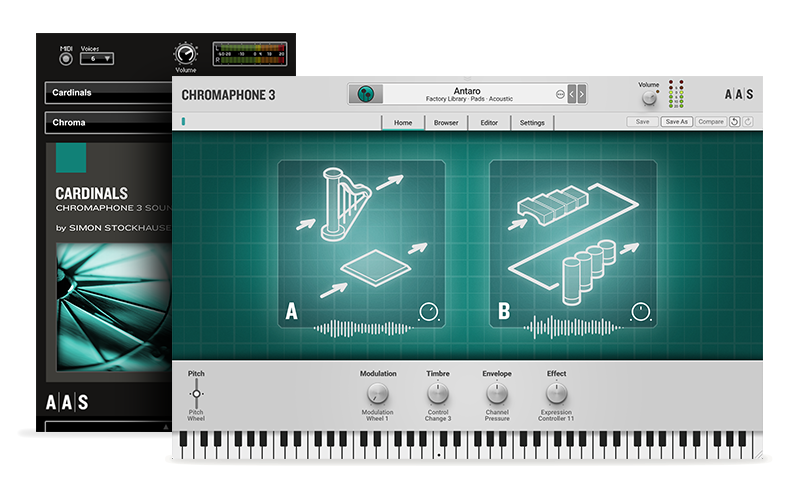