A few words with Yves Frulla

Yves, can you tell us what made you want to become a musician and end up working in the music industry?

I started taking classical piano lessons at eight years old. We had an upright piano at home and I've been told that I was noodling with it when I was three. My dad thought I had some raw talent and wanted me to develop the culture of music. Through all the studies I have done, I never really thought I would have a career in music.

I studied until I was twenty years old but in the meantime, I discovered popular music and started playing in bands when I was fourteen. Then I discovered Led Zeppelin in the mid-seventies, that was the beginning of a new era for me.

I played in various local bands without any success. When I turned 26, I decided to become a sideman because I was tired of relying on other bandmates. Things started to pick up as I was getting more and more calls to back up recording artists on local and national tours. That was pretty much the beginning of it for me. I also went deep with the technology in the late seventies and early eighties.

I picked up a lot of programming skills as well as understanding the MIDI protocol and its applications. The fact that I could play and program kind of gave me an edge I would say.

What are some important projects in your career that you feel have helped you grow?

Every project was pivotal in my evolution even though a lot of them went by the wayside. You learn from every situation. The good ones and the bad ones. I was involved with a lot of original acts before becoming a sideman. I think that brought me a sense of creativity and by doing live gigs, I was pressed to come with solutions as far as handling complex keyboard tracks and sounds in the live realm. I was in my early twenties and it was an exciting time to be in the Montreal local original music scene back then.

You were part of Celine Dion's Las Vegas recent residency show, tell us about this experience?

I've been involved with Celine Dion since 1990 so that was way before the first residency gig in Vegas in 2003. It was exciting being part of a new trend in the Las Vegas music scene regarding the arrival of major acts doing residencies. Now it is more common as a lot of recording acts are setting residency in Vegas but in 2003, it was a new thing. It was challenging for us because people came to us instead of us going to their city to tour their arenas. The dynamic was kind of foreign for me but I also like having a break of being on the road relentlessly the years before that. I moved to Las Vegas for that first residency contract and I am still based there. There’s a lot of great musicians there too. It’s a city that has a lot to offer.

If you could choose any artist (alive or dead) to work with, who would you choose and why?

Good question! There’s so many obviously, it’s almost impossible for me to just name one. But I would’ve loved doing a tour as the keyboard player for the Rolling Stones!

How do you approach the creation of sound banks like Good Folks for Strum GS-2? Can you tell us about your process?

I love the guitar! I play keyboards but I was and still am fascinated by the guitar. The sound and vibe of it I guess. When Strum GS-1 came along, I finally had something I could work with and try to capture that vibe and feel. It’s really hard to emulate a guitar on keyboards for strumming patterns and voicing. Strum GS-1 made it possible but it does require some thoughts to figure out the way to play it. With very clever programming and UI design, the people at AAS made it easy enough for pretty much any keyboard player to come up with musical custom made patterns. When I was approached to come up with the Good Folks sound pack, I started to listen to a lot of various acoustic guitar driven songs that I like and tried to gather a decent variety of feels. Then, my work was to try to emulate the guitar parts and come up with my own variations based on the main idea.

It came to my attention that you're using Strum GS-2 during some live performances when an additional guitarist is a need. How does being this versatile helps you on stage and getting gigs?

Yes. I use Strum GS-2 quite a bit on various live gigs when backup parts are required. It's very practical when the main guitar player is playing a solo and some rhythm guitar is needed underneath. I always get that look from other bandmates when I start playing Strum GS-2. Everybody is stunned by what it can bring to the table. It gives me added tools to do my work.

Can you tell us about your setup when using plugins such as Strum GS-2 in a live environment?

I use Strum GS-2 as a virtual instrument with MainStage as a host. It’s pretty straightforward from there. The rest is figuring out how to play various patterns and try to get some effective tones.

I believe you're a longtime AAS software user, what do you like the most about AAS’ software?

I love the playability, the programming concepts, the versatility, and the sounds that physical modeling brings to the table. When playing live especially, I don’t have to worry about managing samples. And the CPU usage is very reasonable for such powerful instruments.

The AAS team and I enjoyed working with you on your sound pack. Wishing you the best in your upcoming endeavors! The last word is yours, tell us what you have going on in your life!

Thank you for the opportunity to be a virtual guitar player! My goal is to bring more Strum GS-2 playing to my live work. I currently freelance in the Las Vegas and Montreal areas and I am looking forward to whatever cool projects that will come my way next! 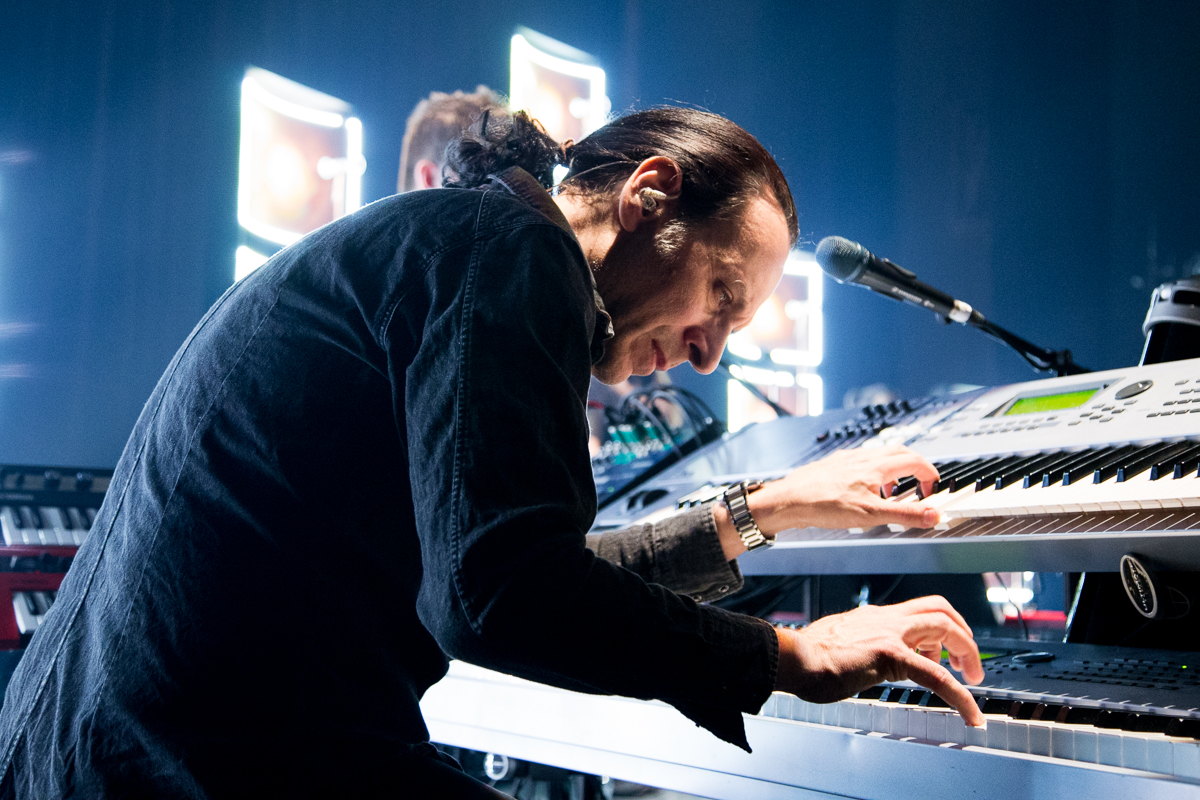 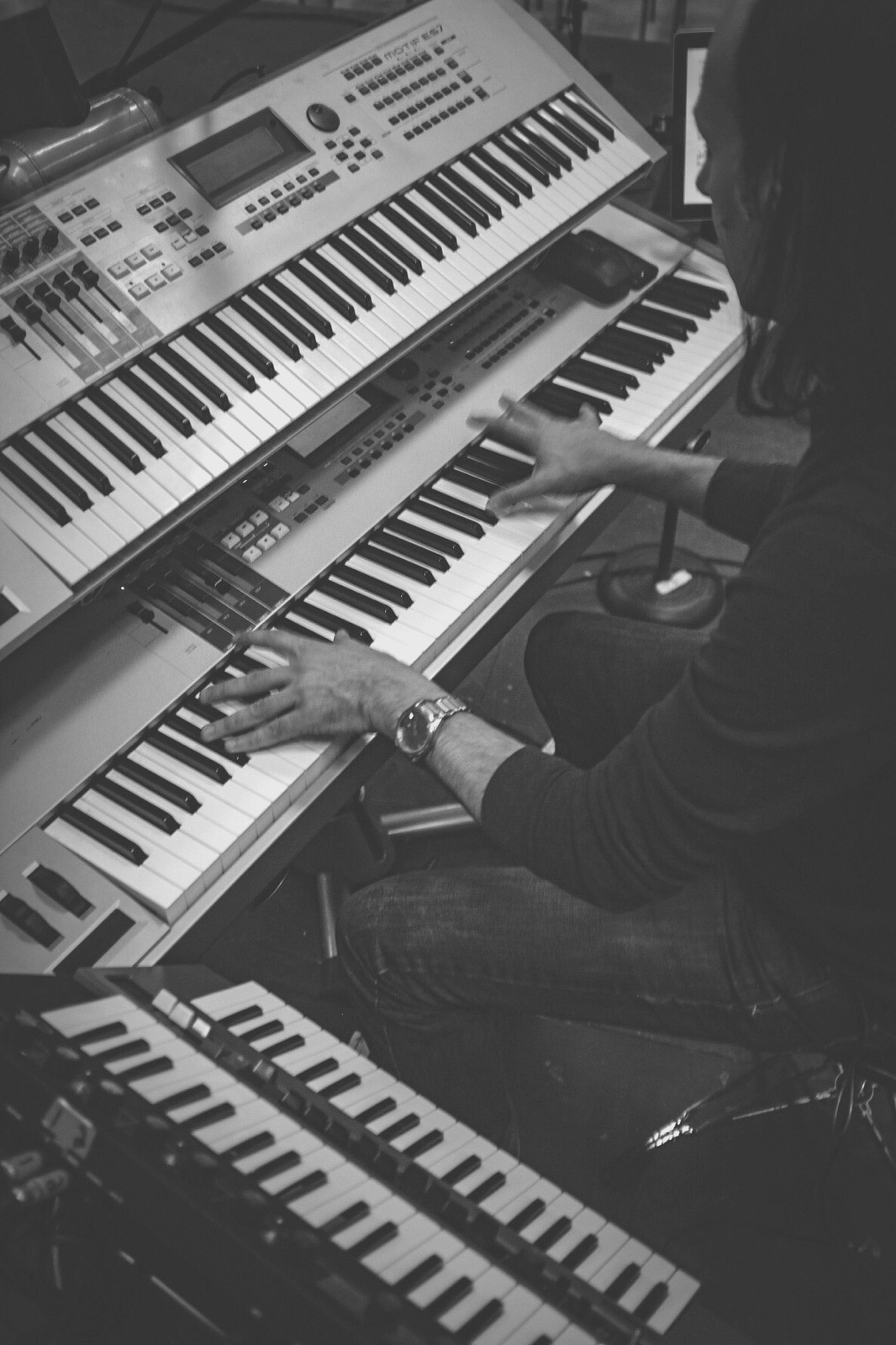 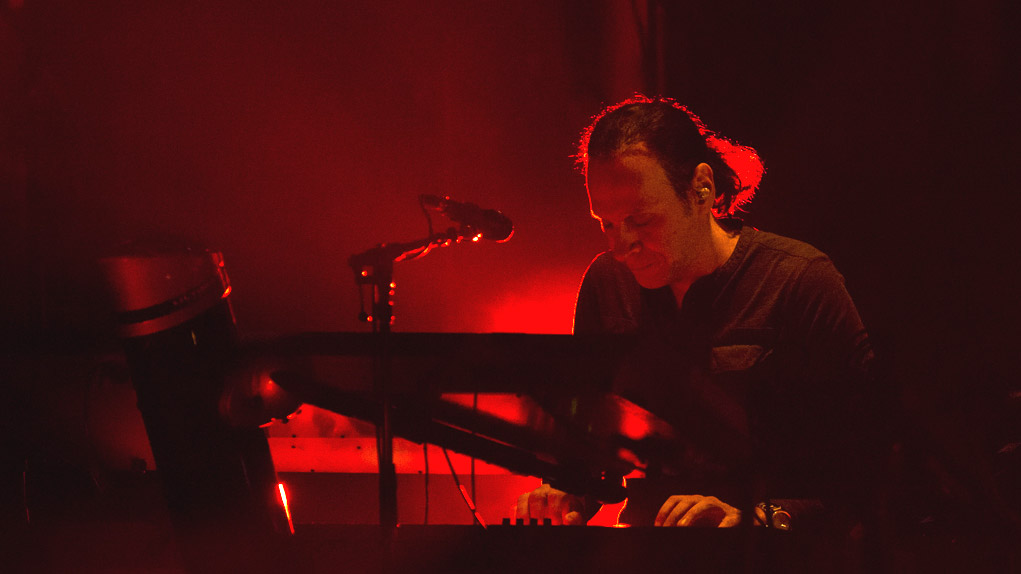