David from MixbusTV, host of one of the most highly regarded and trusted Youtube channels in the music production industry, is also a platinum mix and mastering engineer with a past as a professional musician, songwriter, and arranger. As a tutor and teacher, he likes sharing his knowledge of mixing and audio gear. Now, with this sound pack, he shares his creativity and ideas for modern productions.

A few words with David

Hello David, can you tell us what made you end up working in the music industry?

I started by playing music, guitar since I was 9 years old, then a little bit of piano, I sucked at both but after some years of abandoning it, I started playing guitar again in my 20's, playing with friends and then I found myself writing riffs and recording them.

I landed a contract with Universal Record shortly after being a professional musician but this is the time that I started to actually produce and mix, out of frustration really. I was unsatisfied with the sounds we were getting in the studio so I started experimenting myself. I immediately realized I loved it and I was getting good results. I was already writing and arranging, for me it felt like a normal evolution since I didn't really enjoy life as a musician. So I started mixing and studying mixing more and more. I still study it all the time, to this day, not only I like it but studying and stay concentrated on it calms me down, something I need as a general rule due to my nature. Shortly after I ended up doing a couple of remixes for some big artists and from there I started getting more requests from bands and artists.

What are some important projects in your career you feel have helped you grow in the music industry?

In the beginning, the two remixes I did, one for Ladytron and one for Felix Da Housecat, those were pretty popular at the time and made me realize I could actually do that. I didn't just mix those, I actually produced the remixes, as in sound design and arrangements.

My MixbusTV YouTube channel gave me the chance to show things that you wouldn't notice just by listening to final mixes. This didn't contribute much to put me out there for clients and labels but it did with companies I now collaborate with on so many projects.

Another step was starting to work with producer Pietro Foresti, he's a very prolific and skilled producer, I mix all his projects, and all those artists get radio time, successful tours, and one of them went from being independent to signing with Universal Records. In short, all projects that are not only quality products but also have commercial success as well.

Last and probably the biggest lately, Mc Solaar's new album, Géopoétique (2018) went platinum and won "Best Album of the Year" at the French Music Awards, produced by Alain Etchart, which has been with me for the most part while I was mixing, that was not only a big one for my career but also made me a better engineer. Mixing mostly rock, get a platinum with a hip-hop album, and with such an iconic artist, was very rewarding.

What part does sound design occupies in your mixer/composer/producer work?

90% of what I do is mixing and mastering, that's what I love the most and I'm lucky enough to get to do that only if I want, but because of my approach and what clients expect from me and my mixes, sound design is actually a big part of my mixing. I always create new sounds either with existing tracks or new ones, most of the time it's for texturing, or enhancing what's already there, but I don't just mix what I get, I subtly add elements to the mix, for me that's also sound design, in my case, the key is not to be too intrusive and use sound design as glue and added value. And when I add something that's not mangling existing tracks, I use synths and software to create what I feel is missing on a given track, a chorus that could pop up more, if "something else" happened other than what was going on in the first one, and ending, or a bridge.

To me, sound design is the part where I get to express myself, to put my signature on a mix, the technical stuff is so second nature for me at this point that sound design is what I look forward to when I mix.

How do you approach the creation of a sound bank or a mix? Tell us about your process.

I did several but the one I made for Studio Strings was something I really enjoyed doing, I was out of my comfort zone at first but I work very well when I feel some sort of pressure, a challenge. My approach was, first of all, to get to know the tool itself, impressive software with so many options to shape sounds and building never-heard before textures starting from the most basic of sound. I was designing them with different things in mind, first one was from my perspective, sounds I could use in mixes to add spices without changing the arrangement or being too intrusive, so textures and deep sounds, or sparse, airy synth sounds. The other thing in my mind was different genres, and with that came bolder sounds that were meant for very specific purposes, and with very genre specific characteristics. For that, I was just listening to music, casually, at a very low volume so whatever sound was popping up would have caught my attention.

Technically, once I had the inspiration for a sound or a series of sounds, I spent a lot of time tweaking them trying to make them as "mix ready" as possible. I was trying to imagine as many scenarios in which a given sound could be used and think "how would it sound after mixing it?".

In the making, I was switching instruments and purpose every other sound most of the time because I'm able to really drain myself so much when I concentrate on something, so once let's say a bass sound was done, I had to change to something completely different and compartmentalize creativity, if that makes sense. General inspiration regarding the general "vibe" was day by day, what's happening in my life at the moment, what mood I'm in. All of this affects my work in the control room, that's how I operate. So if I was pissed off about something that day, you know that sounds would come out aggressive and hard, if I was happy and chill, then that was the direction I was going for when designing. Feelings and emotions were the driving elements, when the why was clear, then how was just to tweak sounds until I'm satisfied.

First thing has to be the versatility of String Studio VS-2 and how accurate at simulating the different nuances of a string instrument, like tension, hardness, body shape, resonances, and decay. I have never seen any other software where you can create such a variety of sounds in one module without additional samples or external effects, the software feels like a live creature, you can change the physic of a given instrument and the feedback it gives you is so real.

From there, you can create any kind of strange sounds. Only you know that you started with a cello or a guitar, now it sounds like the Andromeda galaxy just exploded and someone has put effects on it because that didn't sound big enough :) The interface's relatively easy to use, there's a lot of things but I was able to navigate it well from the get-go and create the sounds I had in my mind after few hours of work.

How much time do you have? :D

You ask me this during what's probably the most intense period I've ever had in my life, both personally and in the work field. There are big projects in the making, MixbusTV is growing exponentially and my mixing schedule is as crazy as it gets. A lot of new content is ready to go but since I opened my personal youtube channel, Find Your Strength (www.youtube.com/c/findyourstrength) some companies offered me opportunities to really make a small difference out there, to give back to our subscribers and people. I can't say too much at the moment but both channels will be involved in a global learning community, there's gonna be a book, there are going to be opportunities for people to have their music produced and mixed without the constraints of what is the marketplace as we know now. All of this will be revealed and explained on the channels in the next weeks.

My personal life was recently turned upside down with a big unexpected change, some friends say it's for the better ahah! The plans and the content for the personal channel were different originally, I had to go back to the drawing board, both because of my personal life and because of the opportunities it's created.

There's a lot of philosophy in there, life vlog and questions from subscribers, it's a nice long conversation with everyone interested in joining. Both channels will keep going and growing, and I'll still be mixing and mastering, at least for the foreseeable future. Meantime I'm enjoying the sun when I get a chance and go for a ride with my Ducati, a reliable roaring beast :) 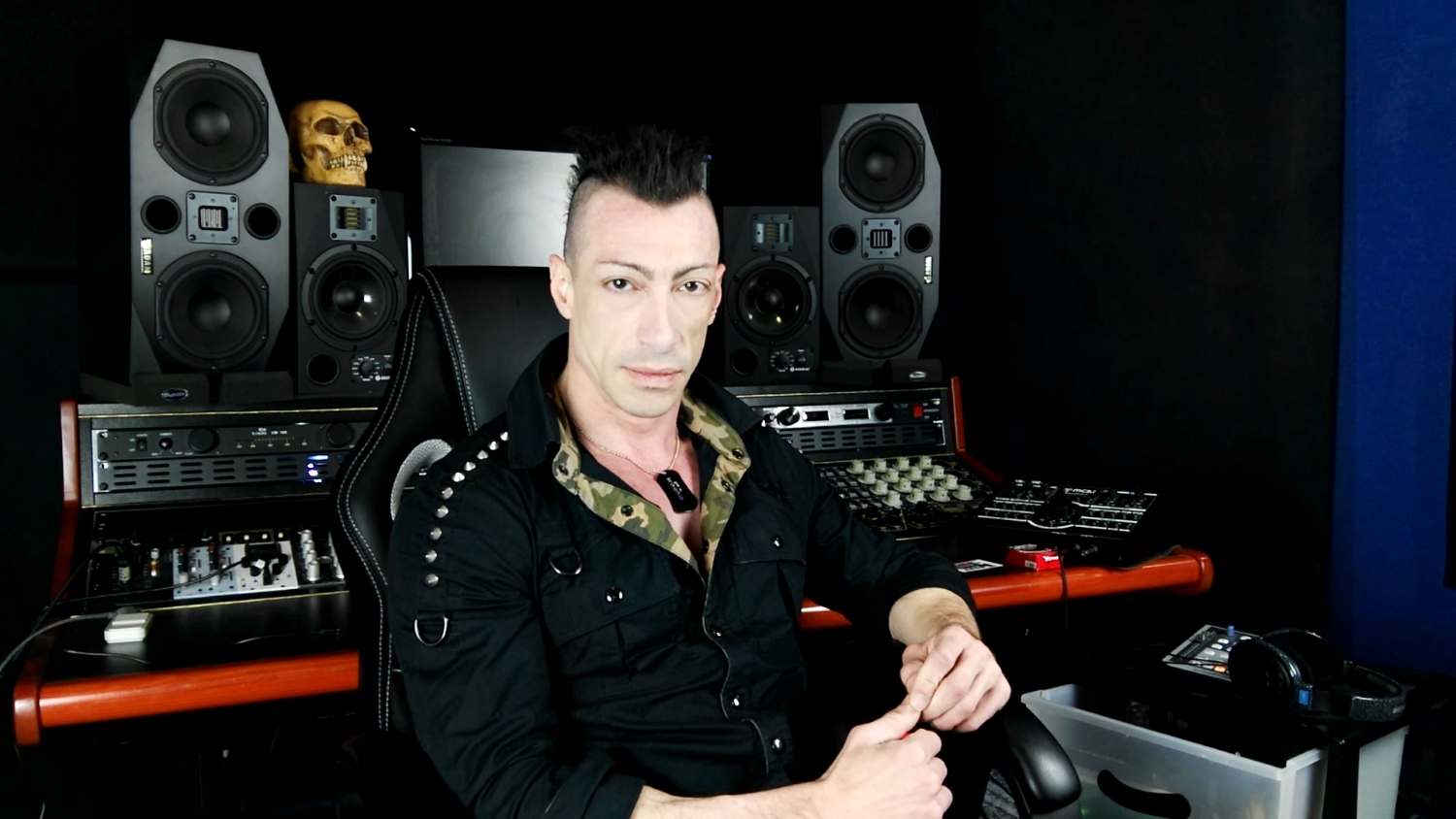 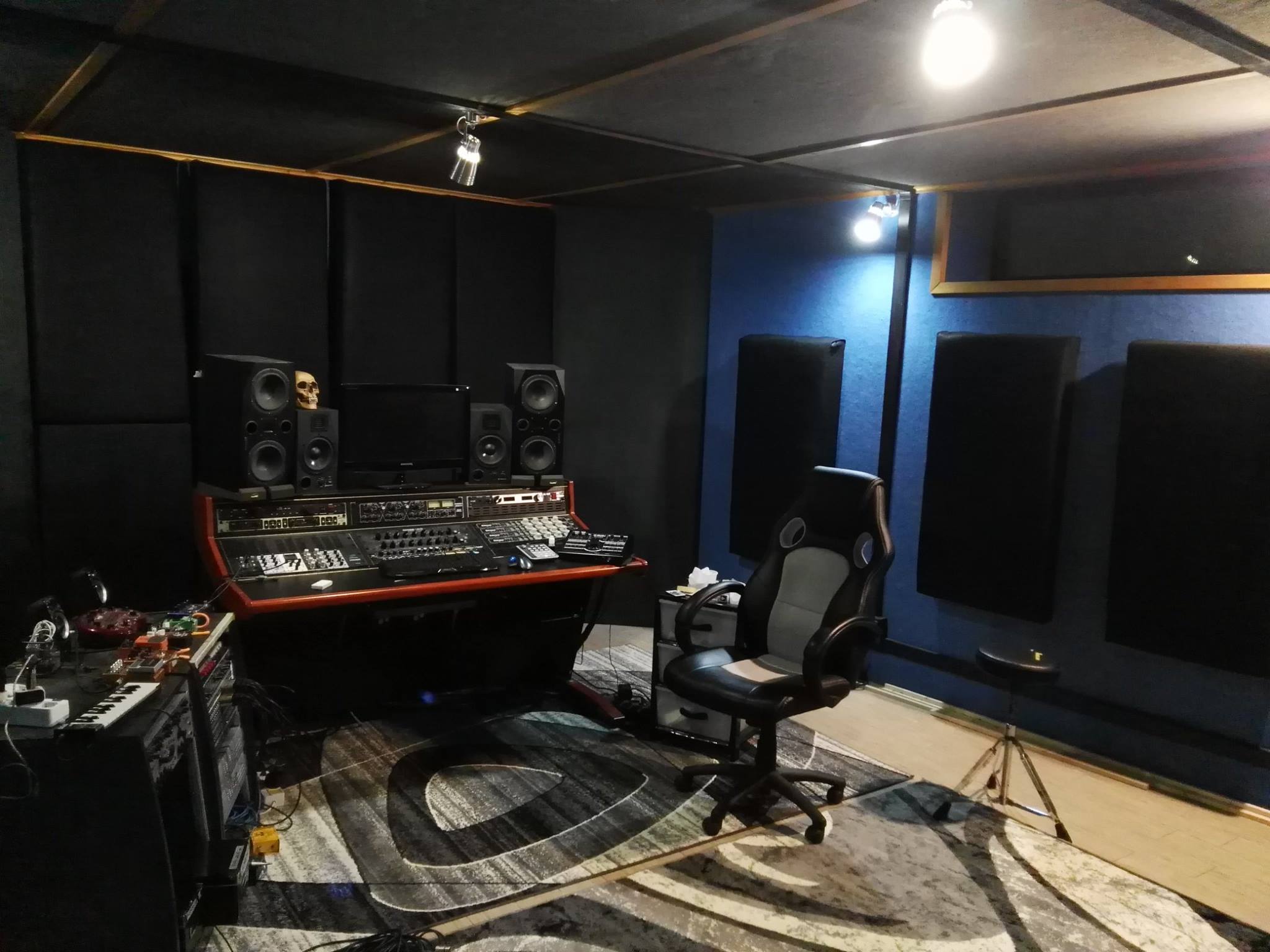