A few words with Christian

Hello Christian, can you tell us what made you end up working in the music industry?

When I was 8 years old my grandmother sent me and my elder brother to take piano lessons with a private teacher.

Later in my teenage years, I stumbled on a 12-inch vinyl record of a band called: Unlimited Touch, and from that moment on I started digging all of the great new music that was being released at this time, such as Funk, Hip Hop, House and many more. My interest in drum machines, groove boxes and computers led me to experiment and start creating my own sounds.

I remember in 1987, I was just twenty when I bought an Atari 1040 ST computer and a Roland MT32 synth to develop my experimentations in electronic music, musicians around me were like: ”music can’t be played with a computer, you can’t replace a musician with a computer, you are heading the wrong way.” Yet, I knew deep down that the future of music would be electronic, and that even though machines would not replace musicians, they would dramatically give us the ability to take our instruments a level further by offering us billions of possibilities to customize our sounds and help us multiply our creativity leading us to reach new horizons as artists.

I decided then to make a living out of my music and sound design. At this time (late eighties) there was no internet, so I grabbed the phone and called all the companies (there was only a few at this time) to offer my services as a sound designer. I got my first deal with a French company called Rythme and Soft, later with Dream and Ubisoft.

I later on created my own company, Groove Style, where I had the opportunity to work with Suzuki and many more hardware manufacturers who were in search of quality sounds to put in their machines.

What are some important projects in your career you feel have helped you grow in the music industry?

A very important and special moment in my career was when I worked with Christian Deforeit, CEO at Dream. Christian Deforeit is a talented visionary who understood very early the interest of audio DSP synthesis applied to the musical industry. That’s when I developed my technological skills and learned the engineering aspects of sound design.

Even though Christian Deforeit was at the head of one of the leading company in that field, he was and remains, a very humble and open-minded person whom I have a great respect and admiration for.

I also had the opportunity to develop sounds and music for the game industry and TV channels. Those projects who require very specific sounds and a very wide range of instrumental universe have pushed me to explore musical modeling in order to be able to recreate any instrument of the world. These challenges have allowed me to take my experimentations and developments a step ahead. Always with the great feeling of being blessed to have the chance to work all day with fantastic sounds and music in my ears.

What part does sound design occupies in your mixer/composer/producer work?

A great great great part! Nowadays sound is what defines a style of music. For example to compose trap music you need TR-808 sounds, and so on with many more styles. When I work on a project with a band, sound design helps me elaborate sounds that are going to define the band’s universe and style.

Since you’re an AAS sound designer veteran, can you tell us what you like the most about AAS’ software?

AAS synths are those I use the most because they are light and powerful. The AAS acoustic physical modeling is absolutely amazing to create realistic instrument sounds with a warmth and a depth that is breathtaking. Even after using those softs for a while, I’m always surprised by the results after shaping a new sound or discovering what a new setting can bring in. It’s a kind of magic.

How do you approach the creation of a sound bank such as Power Chords for Strum GS-2 or a demo song? Tell us about your process.

I always feed myself lots of music, to keep my ears alert and to grasp the overwhelming diversity of instruments there is across the globe. Whether for developing Power Chords or a demo song, it has to sound real. I usually concentrate on studying the instrument behaviors in order to size all the capabilities, then I experiment and end up putting a bit of soul in the synthesis to make it sound real.

You founded a company named Wejaam, can you tell us more about it?

In 2014 a developer friend and I launched the Wejaam app, a mobile step sequencer. The idea behind Wejaam is to allow people around the globe to jam live together online, stream their music and listen to other people’s music.

We had great reviews when we launched the app. The public was amazed by the sound libraries and the sequencer’s settings especially the random button that is a sort of AI that creates new patterns for you.

Our philosophy is to free creativity with the use of new technologies and allow anybody to have the experience to make music with a simple smartphone. There are new business models to be invented in the music industry following the revolution of new technologies. The industry of apps has become very complex, it’s very difficult to have exposure and reach new users when you are drowned by Candy Crush like music apps. Only those who dare to go past the favorites and best sellers will find us.

Today I’m happy to have the chance to be a sound designer and to produce two bands, I need these two aspects in my life. Sound design is research and development and then I experiment with the sounds during live sessions with the artists I work with, it’s a great opportunity to be at every stage of the production. 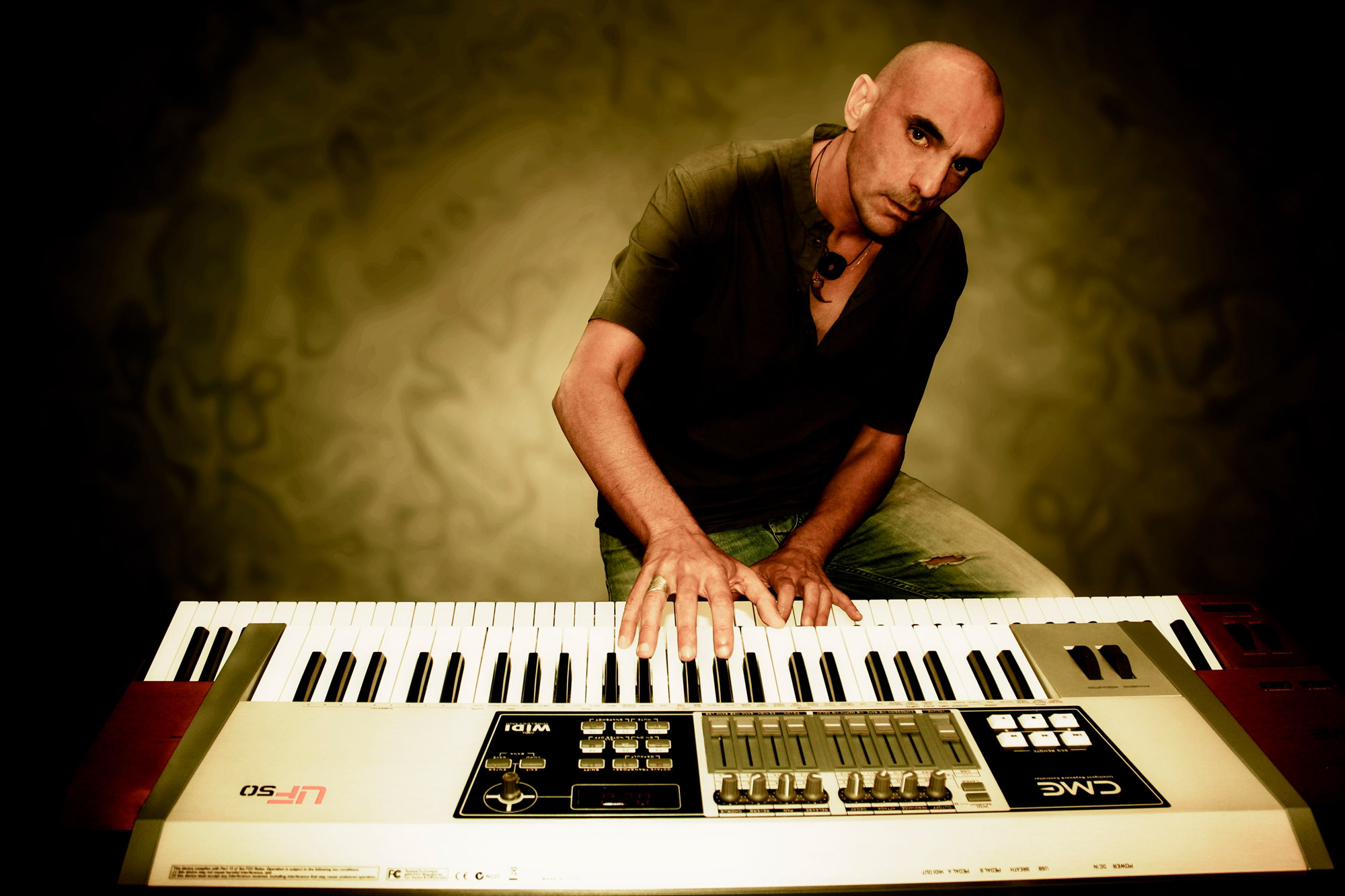